CRISP is managed by a Board of Trustees whose main responsibilities are to ensure that CRISP is run in accordance with the Trust Deed and Rules, with pensions legislation and in the best interests of CRISP members. 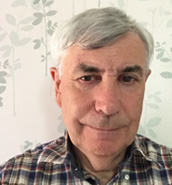 Before retiring in 2015, I was the Group Technical and Corporate Accounting Manager for Compass Group. This role included the responsibility for managing group pension liabilities and I represented the company for a number of years on the Investment Committee of the UK DB Plan.

I became a Trustee of CRISP in May 2013 and then became Chair in December of that year. As Chair, it is my role to ensure that CRISP is run efficiently in the best interests of its members, and that it meets the rigorous governance standards set by the Pensions Regulator. As a Chartered Accountant, I have a particular interest in the performance and suitability of the underlying investments that members have invested in. 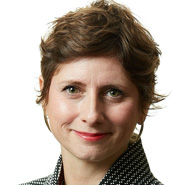 In my role at Compass Group UK&I, I am responsible for delivering the human capital health and safety agenda across a workforce of 50,000 colleagues. As well as being a Trustee on the CRISP Trustee Board I also work closely with Government on the ’Levelling Up‘ social mobility agenda.

Before joining Compass Group UK&I in 2017, I spent 13 years at BP where I led the global talent diversity and resourcing agenda in addition to several large-scale transformation programs. I have also worked at Cisco Systems as the HR Director, Emerging Markets and started my career at Diageo and Accenture. 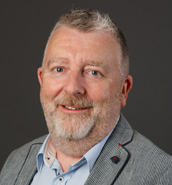 I’ve worked for Compass Group for 29 years and currently work in the Chartwells sales team developing client solutions for large multi-site contracts with local authorities. I first became interested in pensions when managing a large scale TUPE Transfer processes within my role as this involved looking into and comparing pension schemes and provisions. This led to me becoming a Member Nominated Trustee Director of CRISP in 2013.

As Trustee Directors we have huge responsibilities to our members as we are entrusted with looking after their interests and being part of their long term financial planning. It is a privilege and a pleasure to know that the work I share with fellow Trustees supports the financial outlook for colleagues as they work towards a long and more comfortable future after retirement. 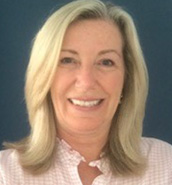 I joined Compass 5 years ago as Pensions Manager and became a CRISP Trustee at the same time. I’ve worked in the pensions industry for over 30 years in a variety of roles and for a mixture of consultancies and FTSE 250 companies and obtained my professional qualifications along the way.

Over time, the subject of pensions has become less easy to understand, particularly as more choice and flexibility becomes available. This is one reason why I think our role as Trustees is so important, as we aim to help members make the right decisions for their circumstances at retirement. 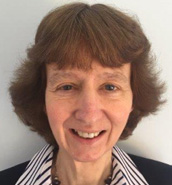 I joined Compass in 2005 and was a late entrant into the world of pensions, having previously qualified as a Chartered Accountant. To fill the knowledge gaps I had from not coming through the industry via the pensions administration route, I obtained professional pension qualifications.

This second career path has significantly expanded over time and in my current role as Group Pensions Assistant Manager I enjoy not only the challenges of making sure that CRISP is well run for its members but also being involved with colleagues across the business, helping them to understand the complex world of saving for their retirement. 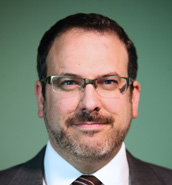 I joined Compass in 2016 and I’m currently the Head of IT Audit for the Group. I am a qualified accountant and auditor with 20 years’ experience in the UK, Australia and globally.

It’s this background in finance that means my focus as a Trustee is on ensuring that CRISP delivers value for money with a strong focus on ensuring we maintain a competitive fee ratio. With my professional experience, I also naturally have a close eye on all governance touchpoints in my role as a Trustee Director. 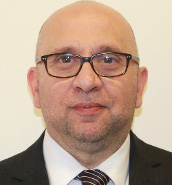 I’ve worked for Compass Group since 1996 in a variety of roles across a number of divisions, both in operational and support roles. During this time, I have been fortunate to have been involved in, and have led, a range of contract mobilisations within the Healthcare and Business and Industry. I’m also a member of the Business Excellence Team in Healthcare, supporting projects across our Healthcare business.

This role allows me to interact with the site teams on a regular basis and as a Member Nominated Trustee Director of CRISP (as well as being a member of CRISP myself), it’s important to me that communication about pensions is made as easy as possible. I believe this will help enable members to make the best choices for their future, and part of the role is to ensure CRISP is managed, monitored and gives value for money.